USA / Rest of the world

Hero | The sockscription is born 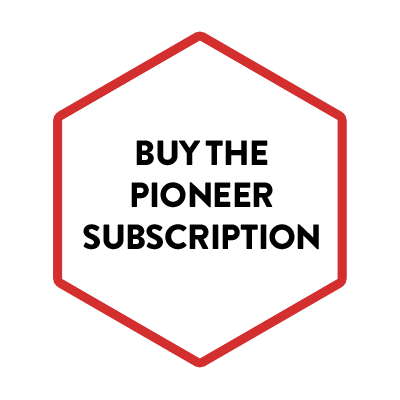 How the sockscription came about

The original sockscription from BLACKSOCKS was the first ever online subscription, making it a pioneering service in Swiss – and perhaps even global – e-commerce history.

Find out why the inventor of the sock subscription, Samy Liechti, has worked with socks since 1999 and how the sockscription came about here.

Swiss pioneer Samy Liechti was a freshly minted high school graduate and had just started his junior consultant job at an advertising agency. Young and not yet well acquainted with the practices of the business world, he was allowed to take part in his first business meeting with prestigious Japanese business partners after a while.

As only selected employees were sent to business meetings with important business people, he thought it would be a good idea to have a quick wardrobe change. He donned two black socks procured from the office pool, a freshly ironed shirt and a tie. He then made his way, bursting with pride and confidence, to the meeting with the Japanese guests.

The business part of the meeting went as expected, with a satisfactory outcome for all parties. After the meeting, the entire delegation was invited to a traditional Japanese tea ceremony. As they entered the teahouse, it became clear that, as is the custom in Japan, one had to take one’s shoes off. And that's when it happened.

Light, smooth socks for your career 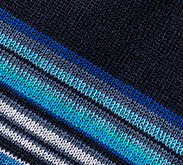 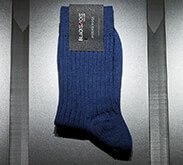 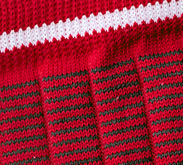 The total mortification. The infinite embarrassment. It was clear as day. Samy Liechti’s socks were definitely not a pair. The left sock was a bold black with a wide structure. The right, however, was a washed-out black with a small pattern and, to top it all off, his big toe was to be seen peeking through the fraying fabric.

He wished the cherry wood floor would open up and swallow him, or that he could bury his head in the soil of the bonsai pot. His last hope, that it was all just a bad dream, disappeared in a flash as it became ever clearer that there was no rescue here. He just had to get through it.

It was a given, of course, that the Japanese hosts and his boss would take note of this misfortune. However, they showed great tact and human kindness in covering up the gaffe. And so, he sat there in the lotus pose trying to hide his feet, without ever really being able to follow the conversation. In the eyes of his hosts, he must have come across not only as unkempt, but also as a daydreamer. But he just could not think about anything else, he had only one thing on his mind: those damned socks!

The first online subscription is launched

After he had managed to withstand all this and was once again firmly back on familiar cultural ground, it gradually became clear to him that his experience with these Japanese business partners must have had a deeper meaning. Fate had obviously chosen him to eradicate the human humiliation in this world caused by inappropriate footwear. He made it his mission henceforth to save the world from sock-based sorrows, step by step. And that is how the idea of a ‘sockscription’ came about.

We want to save you and your feet from a similar experience so, with a sock subscription, we will send you fresh socks direct to your doorstep at regular intervals. They will always match, of course. This means you never have to bother with sock shopping or boring sock sorting ever again.

You can decide how often you want to receive post from us. Take out a sockscription now and leave all your sock sorrows behind.

Take out a sockscription now

Much has happened since the foundation of BLACKSOCKS and the launch of the first Swiss sock subscription in 1999.

The black calf sock has been joined by coloured socks and the sockscription is now all grown up.

How does the sockscription work?

Discover the direct interface between man and sock and find out more about the world’s first online subscription.

It started out as a pioneering service, and the sock subscription is still gaining loyal followers today thanks to its simplicity.